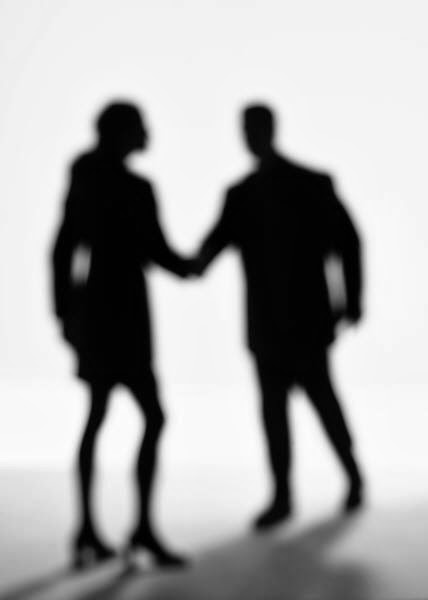 I recall someone giving me a very helpful hint to the effect that when shaking hands and networking you should repeat your name and describe what you do, not your occupation. So I became “Judith, Judith who helps people at a time of relationship breakdown,” rather than “Judith, a divorce lawyer.” The description has served me well but I glean that it is about to be supplanted.
With the announcement on her blog of her separation from her husband Chris Martin, Gwyneth Paltrow has introduced unsuspecting divorce lawyers to a new phrase: “conscious uncoupling,” which inevitably makes me and others like me Conscious Uncouplers.
I can’t wait for a networking event to try that one out!

Technically, yes. The law does not require you to have a lawyer. Parties are allowed appear in court “pro se” which means without an attorney. But, if you have a toothache, would you rather see a dentist to have it treated or just go ahead and pull it out yourself? Would you rather draw the […]

The post Can I Get a Divorce Without a Lawyer in North Carolina? appeared first on Raleigh Divorce Firm - Springfield Collaborative Divorce, offices in Durham & Raleigh. 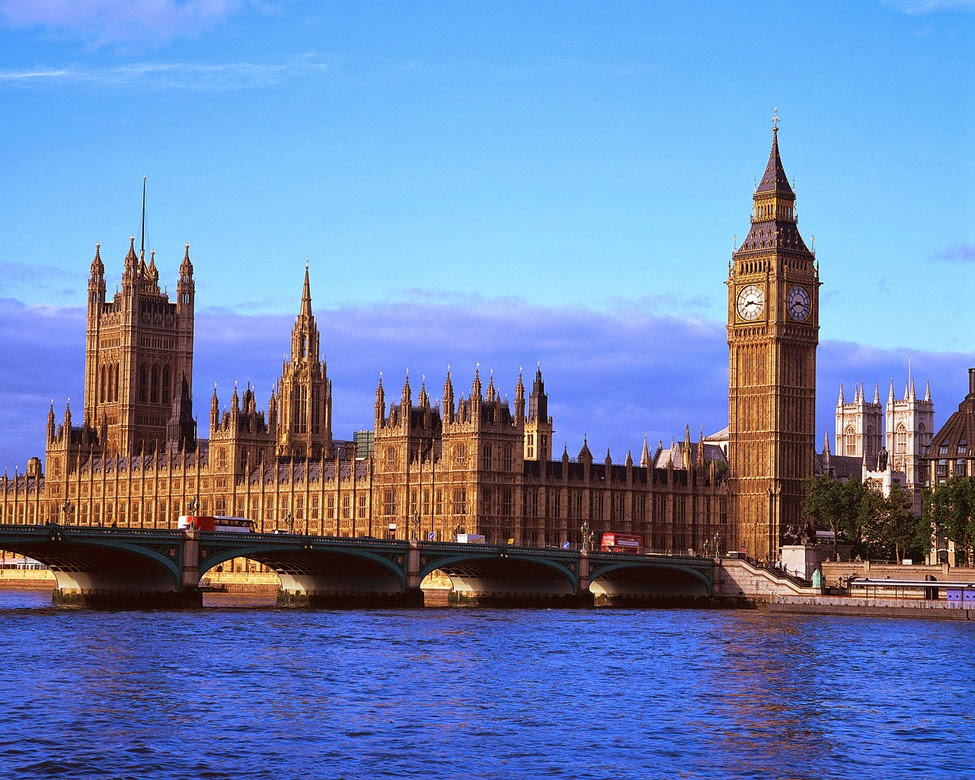 The Chancellor thought he’d pulled a rabbit out of the hat yesterday with a budget aimed at pensioners and savers. Today commentators are expressing concern at the ability, if the proposals about pensions are followed through, to draw the whole of one’s pension as a lump sum. Indeed I’ve even read that this could be an ideal opportunity for people to thwart a spouse’s claim on pensions by drawing them in full and spending the proceeds. Rest assured English law already has procedures available to freeze assets.
Media space has also been directed at lampooning the Tory party and its ill-advised Chairman for promulgating an advert in which they seek to publicise the decision to reduce the tax levy on bingo and beer. “Cutting the bingo tax & beer duty to help hardworking people do more of the things they enjoy,” it said.
I have helped many clients who have attributed the breakdown of their marriage to a spouse who has been working so hard (be that in a business or at home looking after children) that they have felt neglected. Whilst they may have alleged that their spouse has been tied up in such work from morn to night, strangely I cannot recall it also being suggested that they went on to play bingo afterwards.
Beer, of course, is a different matter. Indeed there have been many clients too who have maintained that their spouse has worked hard and played hard calling in for a bevvy or two far too often on their way home from their arduous day. If, however, the Government really wanted to reward these people then perhaps it should have done the maths first and realised that the reduction in duty means that they will need to drink 100 pints before they save a pound!
It seems to me that not only was the advert patronising, but it was also untrue. 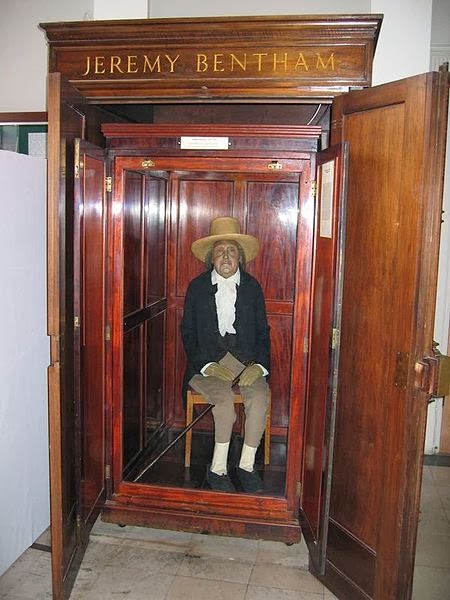 Attribution: MykReeve at the English language Wikipedia
Last week I had the pleasure of meeting Jeremy Bentham, the great philosopher and founder of the theory of utilitarianism. Perhaps to say I met him is overstating the position, after all he died in 1832. However, Little Girl is contemplating studying at UCL (University College London), and I therefore accompanied her in response to an invitation to visit the university.
On our guided tour by a current undergraduate, we were shown Bentham who is associated with the founding of UCL in 1826. There he was sitting in his glass case, patiently waiting until he is next wheeled out, presumably to attend an anniversary meeting of the university's council.
Macabrely we were assured that this really is Bentham's skeleton wearing his original clothes, right down to his silk underwear. His head, however, is a wax copy with some of his real hair attached, after attempts to mummify his real head failed dismally. The real head is now securely locked away separately after it became the subject of a number of student pranks, including being kidnapped and subsequently discovered in a locker on Aberdeen Station.
So what does any of this have to do with this blog? Well Bentham was a man whose thinking was often way ahead of his times and hence his accreditation as the spiritual founder of UCL.
For someone born in 1748, I find it amazing that his philosophy on individual freedom and legal rights extended even in the 18th century to equality of the sexes, homosexuality and divorce. Strange that we are still grappling with these issues almost 200 years later and if he was still alive I am sure he would have a thing or two to say about that. 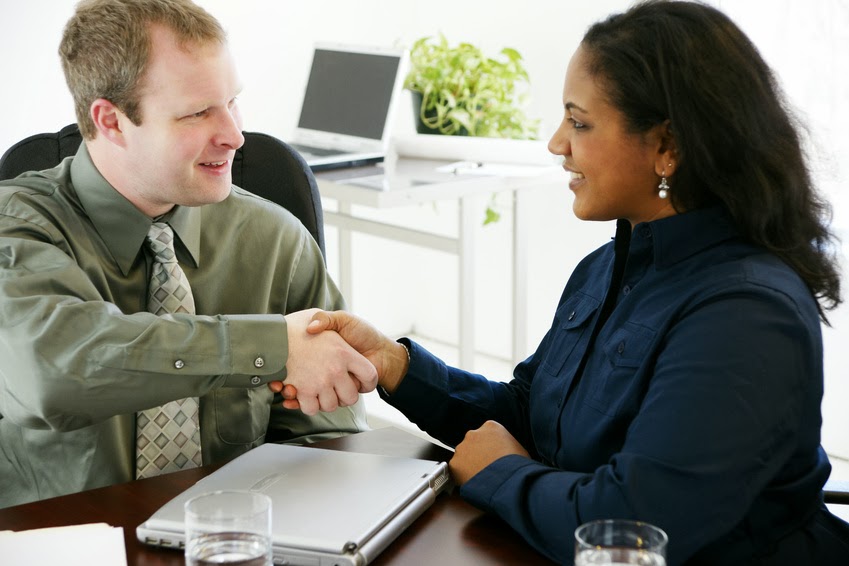 I refer to my last post as well now to the media debate as to whether pre-nups are unromantic or, as the Roman Catholic Bishop of Shrewsbury has suggested, designed to empty marital vows "of all meaning." If you agree with such criticism and are getting married, then there is an easy answer: don't make one.
If you disagree and believe your situation will benefit from such an agreement, then there is an alternative to instructing lawyers to argue your patch and potentially create discord before harmony has even been given a chance. That alternative is collaboration. Yes you can instruct collaboratively trained lawyers; you can meet as a foursome and continue to be open and honest with each other as you agree contractual terms.
Marriage is a legally binding contract and thinking about what that will entail or the repercussions if things go wrong, many (like the Law Commission) would view as sensible. Moreover the steps which can be taken to draw up a deed do not have to be divisive.