For people going through separation and divorce, one of the scariest things can be wondering how the divorce is going to affect their financial well-being. Will I have enough money each month to pay the rent or mortgage? Will I be able to keep my gym membership and other things important to me? What will […]

Donald and Rochelle Sterling, the LA Clippers, and California Family Law: A Statutory Analysis of Their Looming Divorce By: Michael C. Peterson, Esq. The Background Everyone who watches the...

Thurman W. Arnold III CFLS Selected As One of the Coachella Valley's 2014 Top Lawyers For A Fourth Year We are pleased to announce that for the fourth year in a row, Palm Springs Life...

I remember vividly my introduction to Collaborative Practice over twelve years ago. I was in a darkened room at the Bar Center watching a video replay of a continuing legal education course. A short segment of the course called “Collaborative Family Law” was showing on the screen. I had been away from the practice of […] 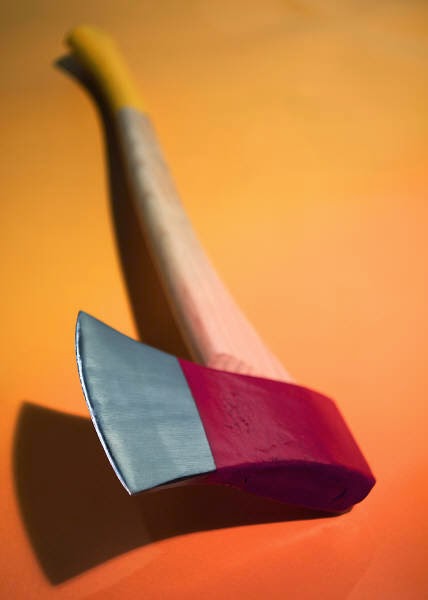 The Museum of Broken Relationships in Zagreb will be exhibiting at London’s Southbank Centre this summer. A couple of years ago Apprentice Man (who really deserves a change of name now that he is grown up) inspired by what I can only assume was a morbid curiosity for my work, visited that museum whilst travelling around Croatia.
He showed me the photographs afterwards. I recall that there was the axe which had belonged to  the jilted guy who chopped his ex’s furniture into little pieces when she took off on  holiday with her lesbian lover. There was also the wing mirror of the car smashed by a woman who had found it parked outside an unknown address by her two-timing husband.
Now you can have the opportunity not only to marvel over such artefacts but also to donate them. The Southbank Centre is inviting gifts of items from past relationships to coincide with its Festival of Love and the exhibition by the Croatian museum.

It is amazing how many myths exist--and persist--about divorce. As a family law attorney whose sole practice focus is to help clients reach agreements, I regularly work with clients who have false beliefs about divorce. I suspect part of the reason is because each state in the United States has its own divorce laws; some of the myths might be the law in other states, just not in Washington State.

Here are some of the common myths about divorce:


*   Myth #1: The court divides community property in half and gives separate property to whose it is. Wrong. Unlike most community property states, when parties get a divorce in Washington, property (and debt) is divided and awarded based on a "just and equitable" standard. While the characterization of property ("separate" or "community"), and is considered as a factor when a court divides property, it is by no means binding. Unequal divisions of property and debt are not uncommon, nor is an award of one party's separate property to another when that is considered "just and equitable" under the circumstances. There is a long line of appellate cases that support this principle. Which is a long way of saying that what might be considered "just and equitable" on Tuesday in one courtroom will be different from what might happen on Wednesday in that same courtroom … let alone, in another courtroom.

* Myth #4: Child support will be what is shown on the worksheet. Not so fast. The child support worksheet is only a supporting document that calculates a number based on a look-up table. That number is referred to as the "presumed" child support. However, the law requires another step when the court determines child support, which is to consider reasons for deviation. And courts frequently deviate (i,e., order a different amount of child support) if there is a reason, using a myriad of factors and a range of considerations. This is a reflection of the reality is that the look-up table reflects averages, so can only give what is really an arbitrary number. The worksheet is unlikely to reflect the actual costs associated with raising your child (other than maybe by pure luck and against the odds)--which is why I encourage parents to reach financial arrangements that ensure their children are cared for financially based on their circumstances, rather than some hypothetical average child that does not actually exist anywhere.

* Myth #5: A formula is used to determine child support when the children reside equally with each parent. Sometimes this is referred to as a "residential credit." Historically, this was once the case; however, a residential credit has not been part of Washington law for well over a decade--and if a court used that method for calculating child support today, the court would likely be reversed if appealed. Instead, the deviation for residential time alone is discretionary. And, while it might be expected that child support will decrease when a child spends lots of time between parents (such as a 50-50 plan), the deviation is not a foregone conclusion and the amount of the deviation is not based on a formula that spits out an arbitrary number. Instead, the "deviation" is based on the totality of the circumstances, and cannot leave a parent with insufficient funds.

There are certainly many more common myths about family law. It is understandable that many members of the general public have misunderstandings about divorce law--after all, they are trying to make sense of a system they have not studied. And, they may have heard things about other states which they assume are the case.

What is perhaps more perplexing, if not disturbing, is that there are more than a handful of lawyers who also seem to be taken in by these myths. I have heard each of these myths recited by lawyers as if they are absolute truths. These are the very people who are supposed to have studied the law and who should know better. Sadly, some do not.