Skip to content
Gender Neutrality and Same-Sex Equality: The California Family Code Becomes Politically and Psychologically Correct in 2015! With a stroke of his pen on July 7, 2014, Governor Gerry Brown signed a...

An idea began shaping in Stu Webb’s family law office in Minnesota in 1992. The novel idea was to help families through the divorce process with a new approach he decided to call collaborative law. This month, Collaborative Law Proceedings were officially accepted as a practice area in New Jersey, which is the 10th state […]

Even couples who run a successful business get divorced, but what happens to the business afterwards? Sometime the business goes to one spouse in the divorce settlement and sometimes it is sold. But there is also the case where the business is kept intact and the now-divorced couple continues to run it. Sometimes this makes the most sense for everyone involved, even though it requires continuing cooperation. Does this sound like your situation? If so, you might be interested in the following: Blue Chalk Media is producing a video series to be published in the New York Times about Family Business. They would like to profile a divorced couple who is still in business together. Please contact Leo: leo@bluechalk.com.
You might think you’re ready to try the dating scene. But you need to step back and take an inventory to seek if you’re really ready or just trying to fill the void in your life. Here are some signs you’re ill-prepared to start dating again. 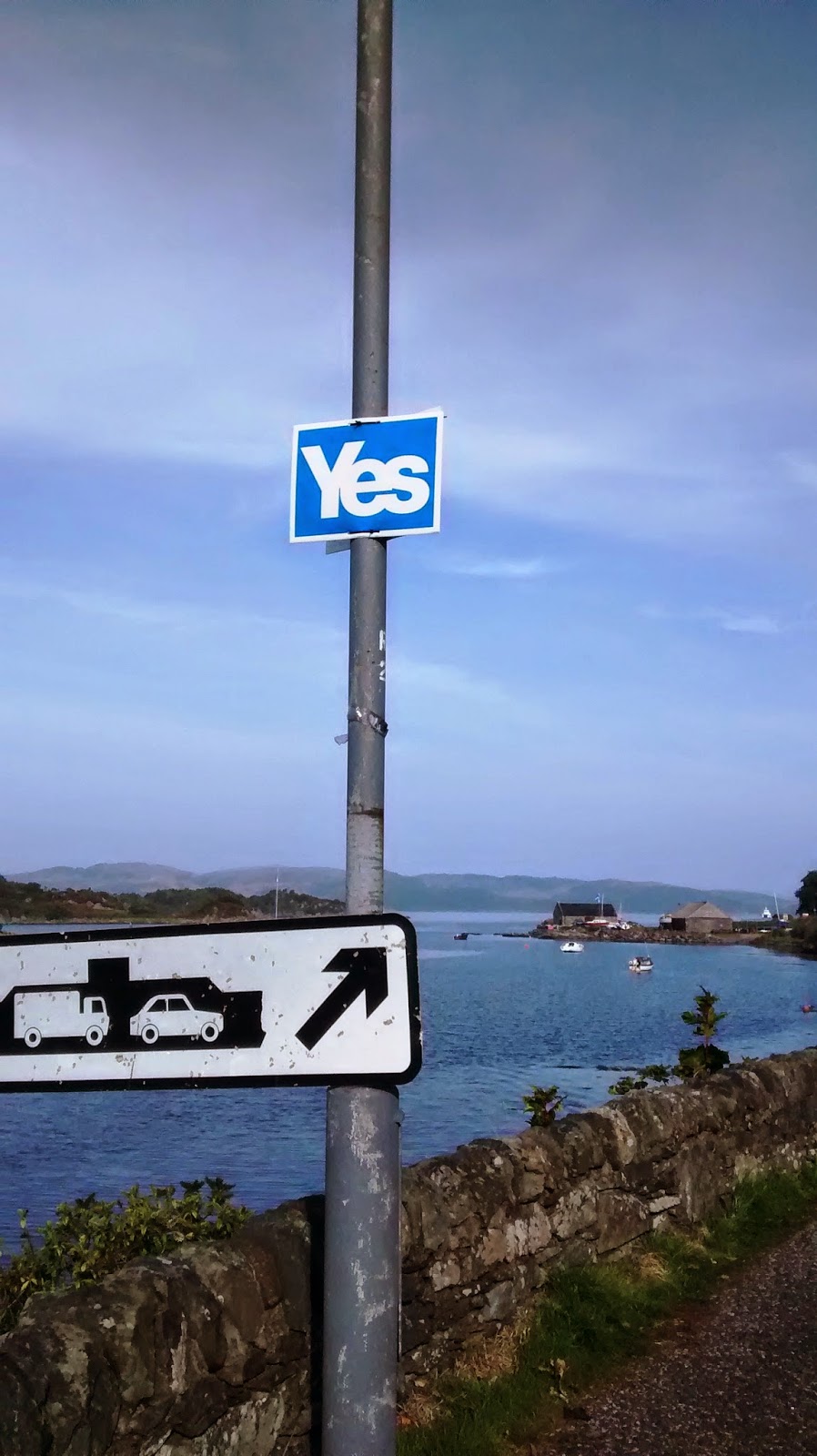 David Cameron described the potential outcome of a Yes vote in the Scottish referendum as a painful divorce rather than a trial separation today.
We have just returned from another sailing trip in Scotland and at the moment she is definitely going through a dilemma. Whilst there are some South of the border who think they should have a say too, the golden rule of every union (as any divorce lawyer can substantiate) is, of course, that it takes two to make it and one to break it. The decision is accordingly Scotland's alone.
If the Prime Minister must use separation and divorce as a metaphor, perhaps he ought to have been even more explicit: "Scotland, if you do decide to leave then don't think that, after a night consuming several drams of whisky, you can send a text message signed off with love and kisses saying you've made a mistake and want to come home."

This is the last in our four-part series about how to effectively navigate conflict. Today, we discuss changing conflict into joint problem solving. When we’re in conflict with someone else, it means that we each have a “strategy” in mind for meeting our needs or interests. For instance, I might want to go out to dinner, […]

For years, grandparents in Nova Scotia have argued they’ve unfairly been shut out of many custody cases. But changes have been made to the Maintenance and Custody Act.

Before, grandparents seeking access had to ask the court’s permission for standing before they could proceed to a hearing regarding access to grandchildren. Now, grandparents will no longer have to apply for standing. It mostly affects situations where parents divorce or separate and one parent blocks access to the grandparents.

Pauline Glenn has been fighting for this day for fourteen years with the advocacy group Grandparents Rights for Nova Scotia. “It’s a cloudy and rainy day, but for grandparents and grandchildren in Nova Scotia, it’s a sunny day,” she said Monday morning.

When she introduced the changes earlier this year, Justice Minister and Attorney General of Nova Scotia Lena Diab said the amendments to the Maintenance and Custody Act would remove this step so courts would proceed directly to considering requests from grandparents for contact. “We have a voice now,” Glenn said. “The courts will look at us more positively, because we have rights.”

It could save time and legal fees, too. She hopes the next step will be to expand the conciliation processes to include grandparents. Glenn said often one parent disagrees to conciliation, meaning grandparents have to go to court. Glenn said the new rules will become clearer as cases move through the courts.

“It seems like it’s in the closet. I’ve had hundreds of grandparents from all parts of Nova Scotia calling me, very upset because they can’t see their grandchildren. It’s not isolated cases; it’s very common,” she said. She said it’s usually a broken relationship between the parents, and that grandchildren and grandparents suffer.

“It has nothing to do with the grandparents and grandchildren. It’s bitterness in the home, and then the children are used as weapons,” she said. Glenn compares losing access to grandchildren to experiencing a death in the family. She believes she is paving a path for future grandparents who might find themselves fighting for visitation rights.

The new rules could help Carolina Leone, a grandmother who lives in Tatamagouche, Nova Scotia. She was close with her grandson until a dispute with her daughter-in-law. Now she says her visits have been blocked with the 11-year-old boy, who is severely handicapped and in hospital.

“It’s very difficult. I can’t see him. I can’t even wish him a happy birthday. I haven’t seen him for over two years,” she said. She went to court twice, but couldn’t gain access. She had spent a lot of time with him from birth, but was abruptly cut out.

“We [used to] sing together, we danced together, we read together, I took him for strolls,” she said. “Now I can’t even see him. I can’t even give him a hug. It’s not fair that the parents do that to their children.” Glenn hopes the new legislation will help grandparents like Leone. Her group plans to monitor the new rules and decide if they need to further campaign for grandparents’ rights.

This four-part blog series will explain 4 unique and healthy ways to effectively communicate and navigate your way through conflict. In the last blog on effectively navigating conflict, we discussed avoiding words that place responsibility for what we’re feeling onto someone else during times of conflict. In the first blog, we talked about finding fault, blaming and […]